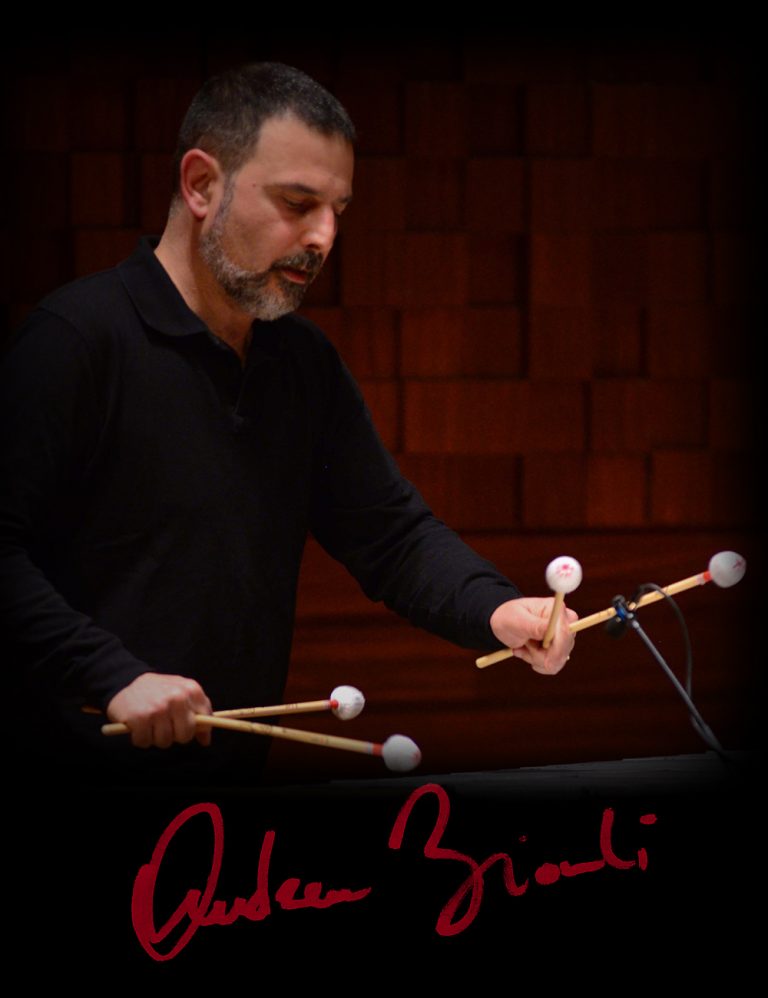 Born and raised in Rome, studied drums with Horacio Hernandez. He begun classical studies of percussion instruments to graduate with honors and special mention at the Music Conservatory “A. Casella ” in Aquila. He attended two seminars about interpretation of contemporary music at the “Cantiere Internazionale ‘arte di Montepulciano”, two seminars about interpretation and improvisation for marimba and vibraphone with David Friedman, an improvisation workshop with Danilo Rea, Maurizio Giammarco and Mike Manieri. He studied vibraphone and improvisation with Andrea Dulbecco and David Friedman, piano and harmony with Massimo Fedeli, arrangement with Marco Tiso. In 2000 he obtained the 2nd prize at the International Jazz Music Festival of Colleferro. From 1996 to 2006 he plays intense activity in symphony orchestra (Orchestra giovanile di Londra, Orchestra del Vaticano, Conservatorio di Santa Cecilia), as a recording session musician (Ennio Morricone, Nicola Piovani, Louis Bacalov, Armando Trovajoli, C. Consoli) and in complex chamber music with “young soloists of the Philharmonic” (Accademia Filarmonica Romana). He collaborated since 1998 with the Ars Ludi group with the Italian Chamber Orchestra directed by Salvatore Accardo with whom he recorded two Cds “Serenade for Violin and Harp Strings and Percussion by L. Bernstein, and the integral version of the concert by Paganini Violin (EMI Records). From 2001 to 2010 he worked with Ennio Morricone and Roma Sinfonietta performing in Europe, in the US, in Japan and even in Russia. From 1996 to 2009 with the ‘Ensemble Ars Ludi” he developped activities in the field of contemporary music by focusing on the music of John Cage, Steve Reich and the American current of minimalism. Since 2000 he collaborates with the “THO” by Luigi Cinque playing with artists such as Gianni Coscia, Gianluigi Trovesi, Enzo Pietropaoli, Rodolfo Maltese, Gyvan Gasparian, Lucilla Galeazzi, Evelina Mc Nagy, Fulvio Maras, Salvatore Bonafede, Antonello Salis in Italy, Spain, Portugal, Yemen, Turkey and Pakistan. Since 2005 he collaborates with the “Orchestra of Jazz Music Park” directed by Maurizio Giammarco and with the “Orchestra Operaia” directed by Massimo Nunzi.