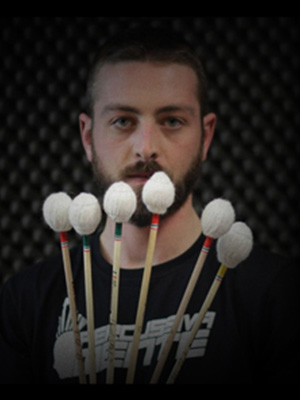 Maurizio D’Agostino, born December 29, 1985, approaches to the study of percussion instruments being interested first to the Afro-Cuban percussion and from 2002 he began to learn the main techniques and rhythms of this type of tools.

Together with DEW DROP REGGAE also participated in the Internet direct a concert at Jungle Sound Station of Milan. During his musical experience, Maurizio has trodden the same stages of artists such as Bandabardò, 24 Grana, Sud Sound System, Ziggy Marley, Ras Shilo, Marcia Griffith, Gege Telesforo, Radiodervish and other …

Maurizio is a Sonor and Ufip’s artist.